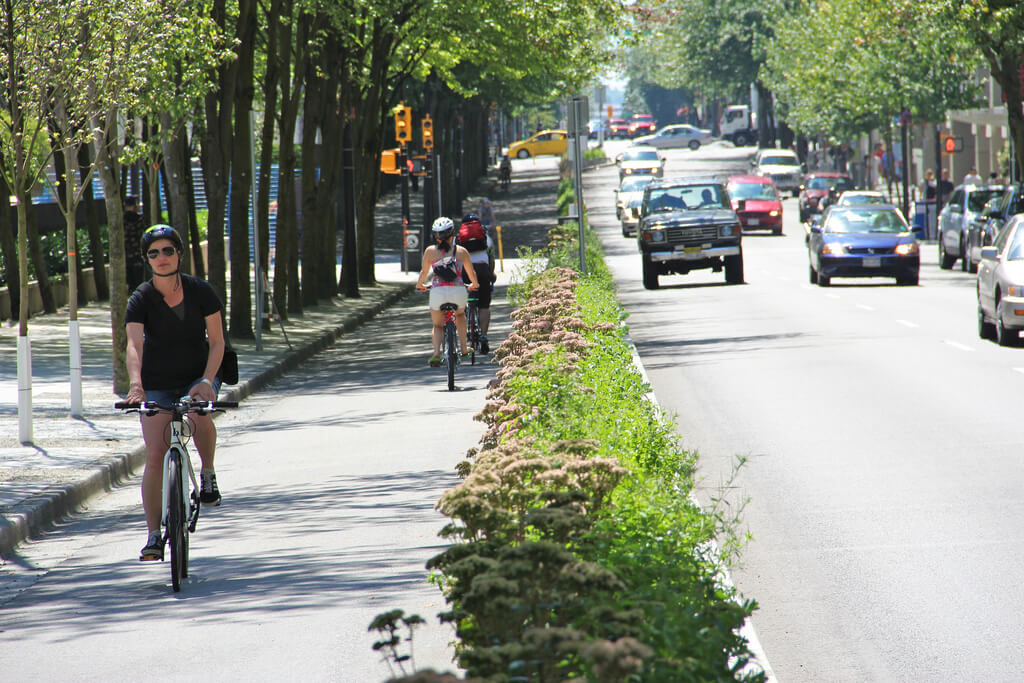 US cities are undergoing rapid changes. The rising costs of road building and maintenance, combined with out-of-control congestion and urban pollution is forcing many cities to rethink the way they allocate space on the roads. Where 10, even five years ago, widening or expanding driving lanes seemed like an economically feasible and practical solution to urban transportation demands, the tide has is beginning to change.

Cities are beginning to realize that prioritizing cars in transportation planning is not only expensive in the short term, but comes with a whole whack of externalities such as lost productivity due to time spent in traffic, decreasing mental and physical health of residents, and a compromised environment. So it doesn’t come as much of a surprise that, in the recently released 2015 Menino Survey of Mayors, a full 70% of mayors surveyed responded “Agree” or “Strongly Agree” when presented with the idea, “Cities should make their roads more accessible to bicycles even if it means sacrificing driving lanes and/ or parking.” 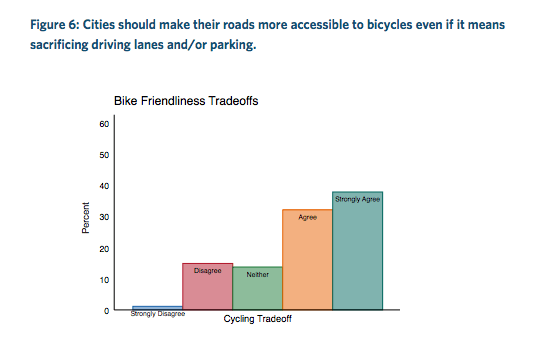 The Menino Survey – a project of the US Conference of Mayors and the Boston University Initiative on Cities – interviewed 89 mayors from 31 different states on a wide range of issues affecting urban policy in the US. Of those surveyed, 63 were mayors of cities with over 100,000 residents, and the demographics of each city on indicators such as population density, racial demographics, and economic characteristics represent the diversity of the nation as a whole.

On the bike-friendliness tradeoff, mayors who are Democrats were overwhelmingly supportive, while Republican mayors were decidedly split. “Mayoral partisanship likely covaries with a number of city traits—particularly density,” the US Conference wrote in their analysis of the results. “These realities make it difficult to fully separate the effects of partisanship from other traits that correlate with it. Therefore, while there is an interesting relationship with mayoral partisanship, potential causes such as density, demographics, or mass partisanship cannot be parsed out.” 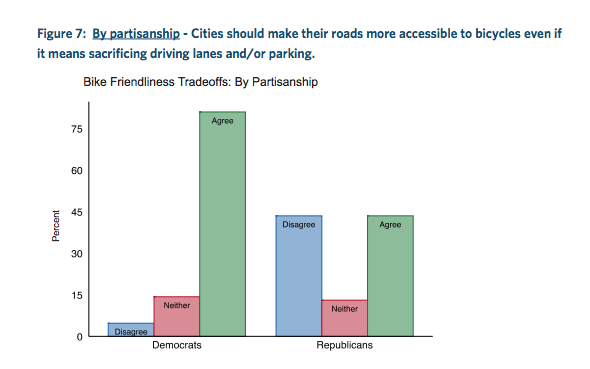 Another interesting result of the survey is the mayors’ feelings towards mass transit. When asked what single large infrastructure project each mayor would fund with an unrestricted grant, 40% of big city (over 100,000 people) mayors chose “Mass transit,” while in small and medium cities the lead was a 20% / 20% split between “Roads” and “City Buildings.” However, when asked what single small infrastructure project each would fund with an unrestricted grant, “Bike and Pedestrian Projects” was the most popular response, with 20% choosing that option. 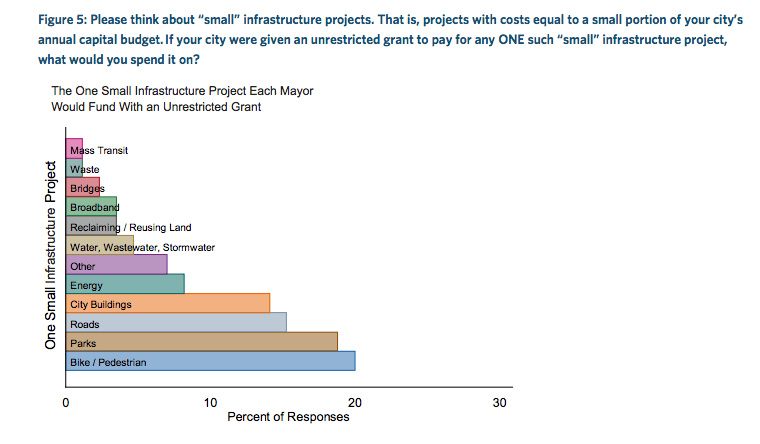 When asked about their “top three priorities” for infrastructure funding, 20% of mayors across the board listed “Bike Friendliness” in their top tier. 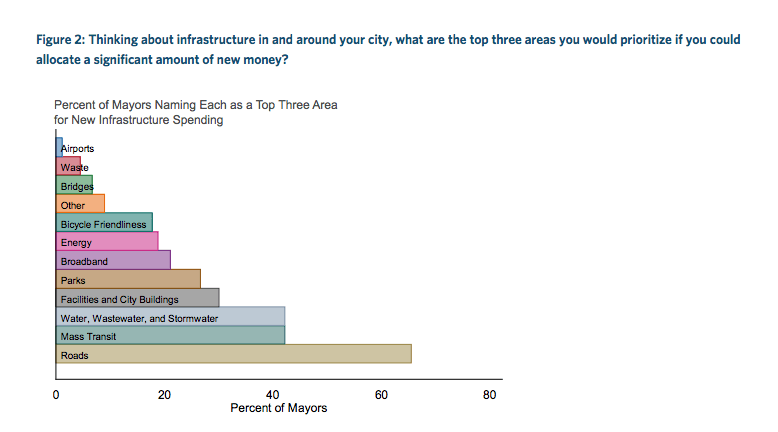 City mayors face unique challenges but also unique opportunities because of the intimacy with which they can relate to their constituency. Unlike running a country, running a city requires a very in-depth understanding of the particular issues that face their community, which can create opportunities for very effective solutions. While it isn’t surprising to see city mayors supporting increased bike-friendliness for all of the benefits it brings to a community, it is encouraging to see such a wide variety of mayors in a wide variety of cities who are doing so.