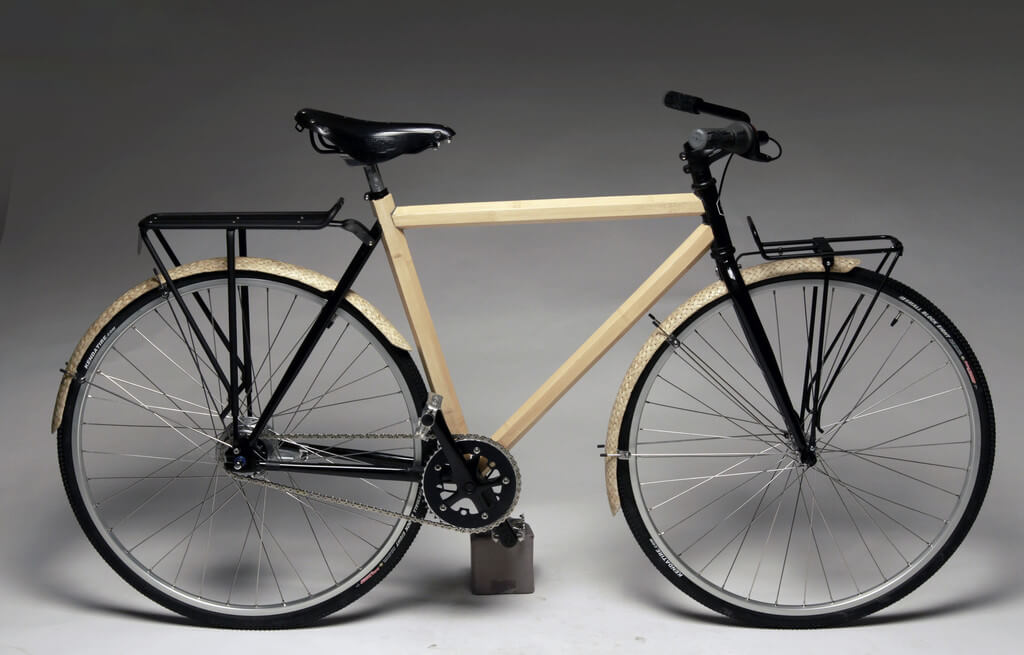 This article originally appeared in the Montgomery Adviser on February 22, 2016.

Pam Dorr laughs at the idea that a bicycle made out of bamboo would be flimsy. It’s not the first time she’s heard that kind of skepticism.

She doesn’t have to go far to get it. There’s enough within a block of her group’s workshop in Greensboro to build several hundred bamboo bikes a year, and much more in the surrounding area.

Dorr moved there a little more than 10 years ago to head up a Black Belt nonprofit meant to kickstart a resurgence for Hale County. The goal was to build affordable housing, spur economic development and start youth development programs. Bamboo bikes offered one unique path to doing that.

“We develop products out of stuff we have, and what we’ve got a lot of is bamboo,” said Dorr, executive director of the Hale Empowerment Revitalization Organization and its offshoot, HERObike.

They formed a partnership with the School of Architecture at the University of Kansas, where professor Lance Rake and students help with design work for the bikes. The result is a carbon fiber-laced bamboo frame that appeals to racers and enthusiasts.

“Bamboo is kind of shock absorbing, so you don’t really have to wear padded shorts if you’re a racer,” Dorr said. “It gives a more comfortable ride.”

Other companies make bamboo bikes, but at a cost of about $600 to about $2,500 HERObike is among the least expensive options. That’s led to people around the world buying the Greensboro bikes online — most of their sales come from France, Germany, Japan and Thailand.

HERO uses the money to build affordable housing, and bicycles are far from their only project.

The nonprofit’s PieLab bakes and sells homemade pies while teaching job skills for the retail and hospitality industry. The youth program will spend part of the summer drying algae out of fish ponds to clean the water and use the by-product for home fertilizer.

They’re also planning to install solar energy technology at businesses in the Black Belt that have over $20,000 a month in power bills. Dorr said projects like that help the community while also teaching green technology.

“It’s a lot easier to learn it if you’re doing it,” she smiles.

HERObike has already branched out into making bamboo skateboards, electric bikes, paddleboards and kids’ pushbikes. It even holds workshops to teach people how to make their own bamboo bikes.

About 30 people work there now, a total that goes up and down depending on demand.

The Black Belt, a strip of counties in mostly west and southwest Alabama, has struggled with poverty and unemployment for years. Hale County’s unemployment rate was 1.5 percent higher than the state average in December, but that was still 3 percent lower than neighboring Greene and Perry counties.

So, is bamboo the way to solve the area’s problems?

“It’s one way,” Dorr said. “In any plan for economic development, I’d hope there would be multiple prongs.”

You can see more at herobike.org. 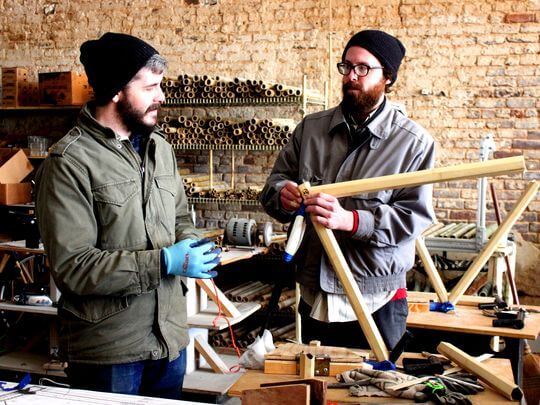 Adam Fowler and Mike Gillis from HERObike build one of the products in Greensboro. Photo: contributed.