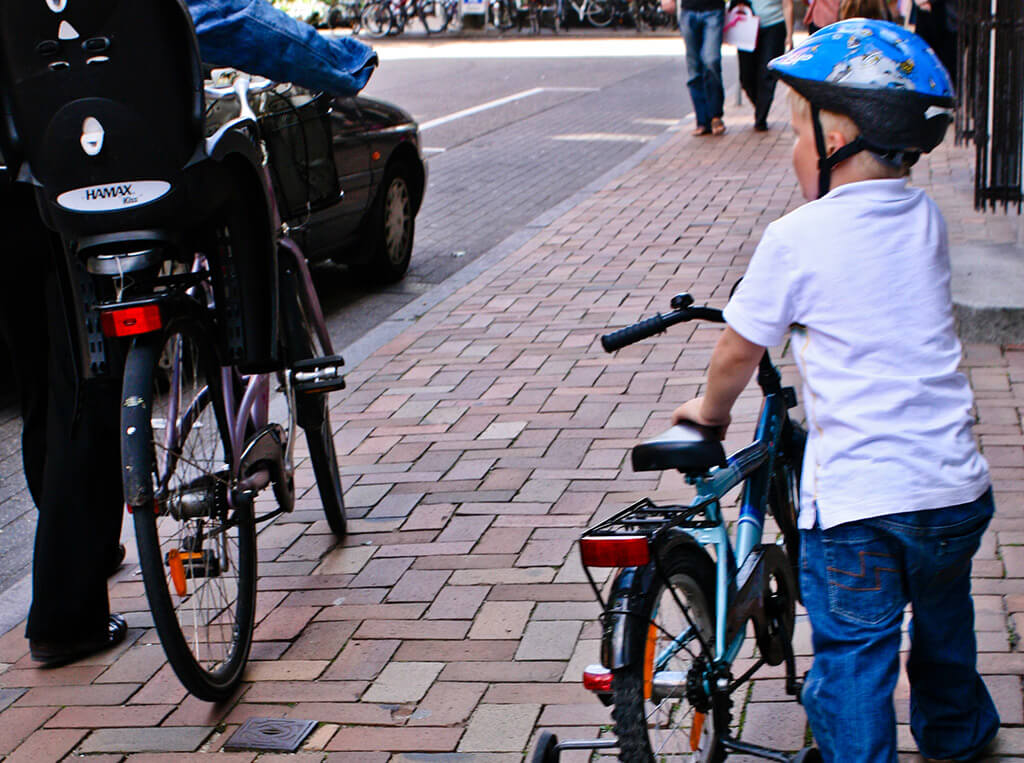 While many parents might believe that it’s unsafe to allow a 5-year-old to ride their bike to kindergarten, parents and school administrators in the city of Odense, Denmark believe that, actually, it’s the other way around. As the Washington Post reports, one elementary school in the small Danish city goes as far to disallow parents from driving to school, saying the presence of cars is unsafe for the hundreds of students who arrive each morning by bike, on foot, or on skateboards.

Principal Lars Christian Eriksen starts off every new year by telling the parents of kindergarteners that their little ones should bike to school. “Biking has some effect on the child’s character,” Eriksen told the Post. “They get a good result in school because they are biking to school. It’s good for the student’s brain.”

His school is not at all unusual in Odense, a city with a population of around 200,000 people where four out of five students bike, walk, or roll to school. Some ride in with their parents, while others simply ride with siblings or friends.

Growing up in North America, it’s difficult to imagine a community that sends their children out unaccompanied on bicycles. While biking or walking to school was commonplace in the 60s, the rates of children doing so plummeted through the past few decades. While nearly half of American children and adolescents biked or walked to school in 1969, that figure had dropped to a paltry 13% by 2009. Meanwhile, rates of childhood obesity have soared over the past 40 years. Approximately 25 million children and adolescents in the US – more than 33% – are now overweight or obese or at risk of becoming so.

An aspect of that trend could be attributed to changing parenting norms and the waning independence of North American children and youth, but I suspect much more of it is attributed to infrastructure and the culture of road safety. In Odense, there are 339 miles (545 km) of protected bike lanes across only 621 miles (1,000 km) of streets in total. Add that to a strong national bike culture that views it as the responsibility of drivers to keep cyclists safe, and you get the ability to send your children out on their own with the relative certainty that they’ll be able to ride safely to school.

Eriksen told the Post that over his 11 years at the school, he could only remember two or three instances in which students were struck by a car, and in each case injuries were minor.

Comparatively, the overwhelming majority of North American children reside in communities with insufficient or a complete lack of safe cycling infrastructure. In 1980, the percent of traffic fatality victims who were children under the age of 16 was a staggering 54.8%, which has thankfully since dropped to 8.2% in 2013. But 8.2% is still far too high a figure for most parents to feel comfortable, so rates of children biking and walking to school is only increasing at a snail’s pace.

A lack of physical activity among children has been linked to everything from childhood obesity, to difficulty focusing, to anxiety disorders and depression. Integrating physical activity into their morning and afternoon commute would not only be beneficial from a physical health standpoint, but from a social one as well.

While we can carry on all we like about the changing nature of North American parenting and the prevalence of “helicopter parents,” the reality is that most parents simply aren’t able to let their kids walk or bike to school unaccompanied, the streets just aren’t safe enough. The work of organizations such as Active & Safe Routes to School and PeopleForBikes has done much to increase walking and biking viability in many communities, but much remains to be done. Cities like Odense serve as inspiration for the kind of communities we could have, and the active, independent lives we could enable our children to lead.

Kids on bikessafe routes to school