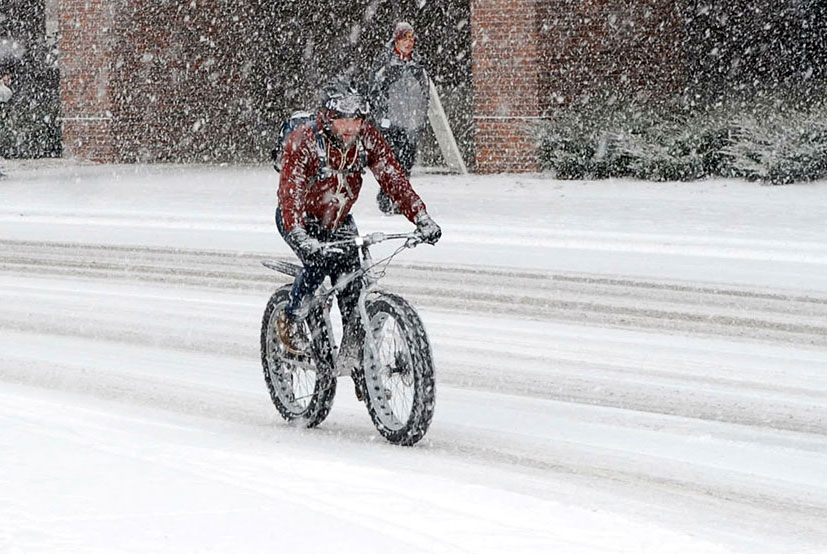 An international “congress” about biking in the winter? Yep, it started this week in Minneapolis, where the three-day symposium (February 2 – 4) has drawn industry leaders, legislators, municipal workers, and winter-cycling enthusiasts who came to network and learn.

In places like Minnesota or Finland, winter bikers are a hardy, hardcore group who see the less-than-popular mode of cold weather transportation as a possible solution to commuting woes. The goal is to tackle problems facing cycling’s bravest riders, those who pedal year-round and through winter’s worst, and encourage more people to pedal through the winter. 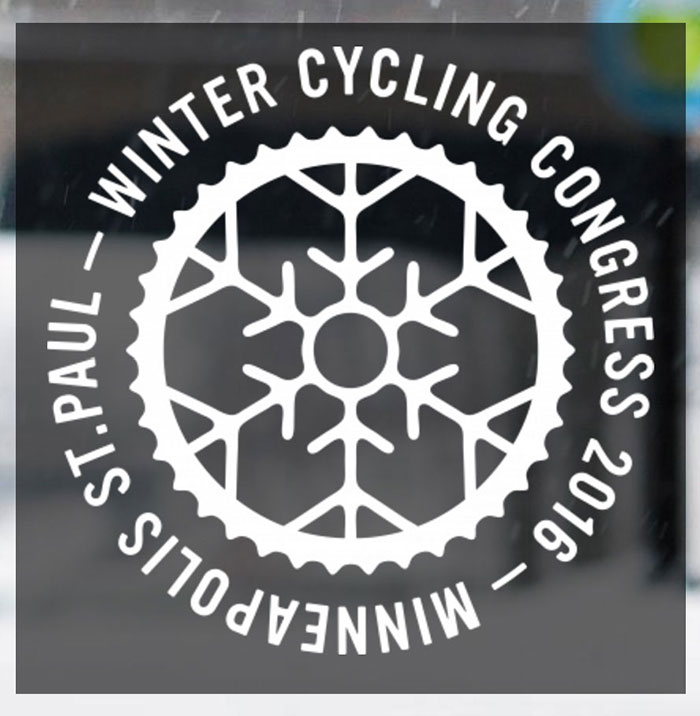 As rates of cycling have grown in the U.S., so too has winter riding. From commuting to the explosion in popularity of the fat bike, both die-hard and recreational cyclists are part of a global trend.

But safer, more reliable infrastructure is needed to accommodate winter riding, as well as education on how to ride when it’s cold, dark, and slippery out there.

In response, the Winter Cycling Federation took shape in 2013 to begin addressing the concerns of both those demanding change as well as those charged with making it.

“Cities have started to realize they should do something,” says Winter Cycling Federation founder Timo Perälä, speaking of the need for improved winter bikeways. “It’s easy to just paint a line [on a road], but it’s never considered in maintenance contracts to keep it open when the snow comes.”

Policymakers from Finland and the Netherlands, widely accepted as global leaders in winter-cycling infrastructure, are featured speakers.

Business representatives from 3M, Quality Bike Products, Dero Bike Racks, and more are at the Congress to talk about the role the private sector plays in benefiting commuters. From innovations in winter-cycling gear to trip-end facilities like bike centers with showers and lockers, companies are helping drive adoption to biking in the cold and snow.

A conversation from bloggers on the “power of words” in shaping winter biking perceptions is a session. Bike-culture and advocacy groups, from ARTCRANK to CycleHack, are in attendance.

The conference is about more than just reminding folks to bundle up when they ride; it’s about using winter as a focal point to get cities, states and countries equipped to tackle the host of reasons most people don’t bike in the cold.

“Just using the generalizations that are already out there — ‘manimals’ are already riding, hipsters are already riding, but women or men with children, people of low income, and people disproportionately afflicted with health problems are not riding bikes,” says Annie Van Cleve, co-chair of this year’s conference.

“How do we focus on specific groups that aren’t using bikes in high numbers, because there is a history of disinvestment in certain communities? It’s about making cycling a more democratic mode of transportation.” 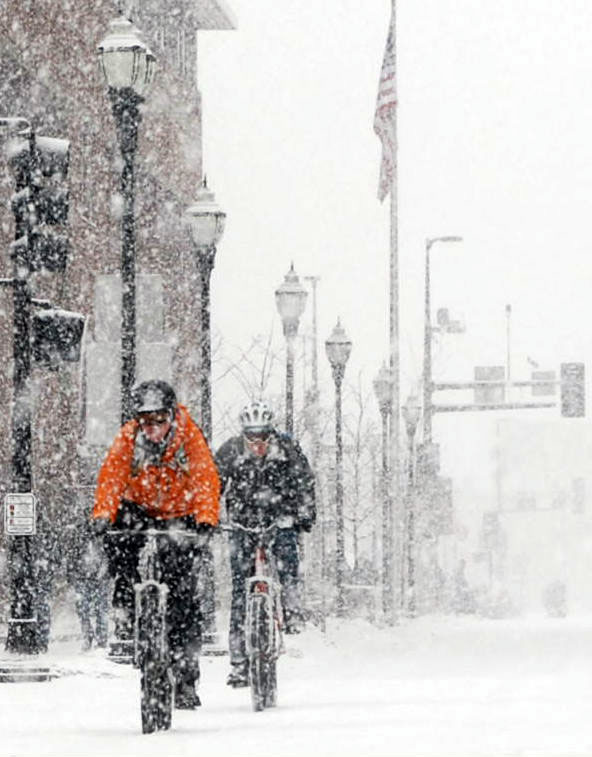 Co-chair Tony Desnick agrees. “When people see other people biking, they often see them in spandex and a nice helmet riding expensive bikes. That de-democratizes cycling. Same with winter cycling — winter-biking clothing should be whatever you have on [not specialized gear].”

As a bonus, getting people back outside to meet the elements head-on may help combat what Desnick terms the “wimpification” of people in wintertime.

“If you look at photographs of downtown Minneapolis from the ’20s and ’30s, the sidewalks are absolutely teeming with people,” he said. Desnick notes the wide use of cars instead of walking or biking, and city infrastructure like connected buildings, tunnels, and, in places like Minneapolis, a system of elevated skyways that allow pedestrians to stay indoors year-round.

As the Winter Cycling Congress wrapped up on day one, a storm had descended upon the city. Cars were gridlocked on the freeway, but bikers braving the snow were moving free, if a bit unstable, pedaling toward home or hotel rooms as the sun set on another snowy Minnesota day.